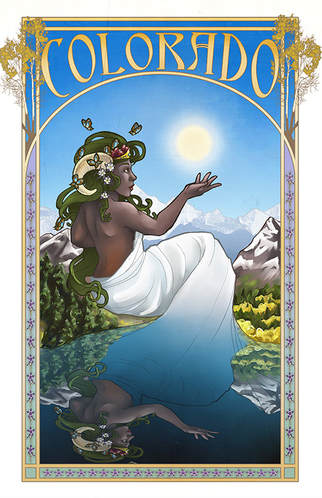 The trio of Terra Hanson-Necessary,  Sarah Hughes  and Beverly Necessary have been creating art together for over a decade.  From comics to fine art, they have a unique way of collaborative creation that enhances the work of each artist. The trio met at a local anime convention in Denver, Colorado back in 2007, and after becoming fast friends, they formed the creative team now known as the Atomic Pixies and have been working as a creative team for over ten years, now. In addition to traveling and selling their prints at conventions across the country, they have worked on a multitude of projects together, including the published comics Evermore (Cellardoor), Harbour (Chubby Anthology), as well as self-publishing Anomaly, Rendezvous: To Get To You, and Isolate.

It does help in their creative process that they are all roommates, so they are able to share everything between  them. From new ideas to their comic book collections, they share their skills, their burdens and push one another to become better, each day.
Terra: lead artist, line artist, colorist, social media guru, radiation expert, ravenclaw
Sarah: lead designer & writer, background artist, space nerd, slytherin
Be: manager, colorist, writer, designer, chef, hufflepuff